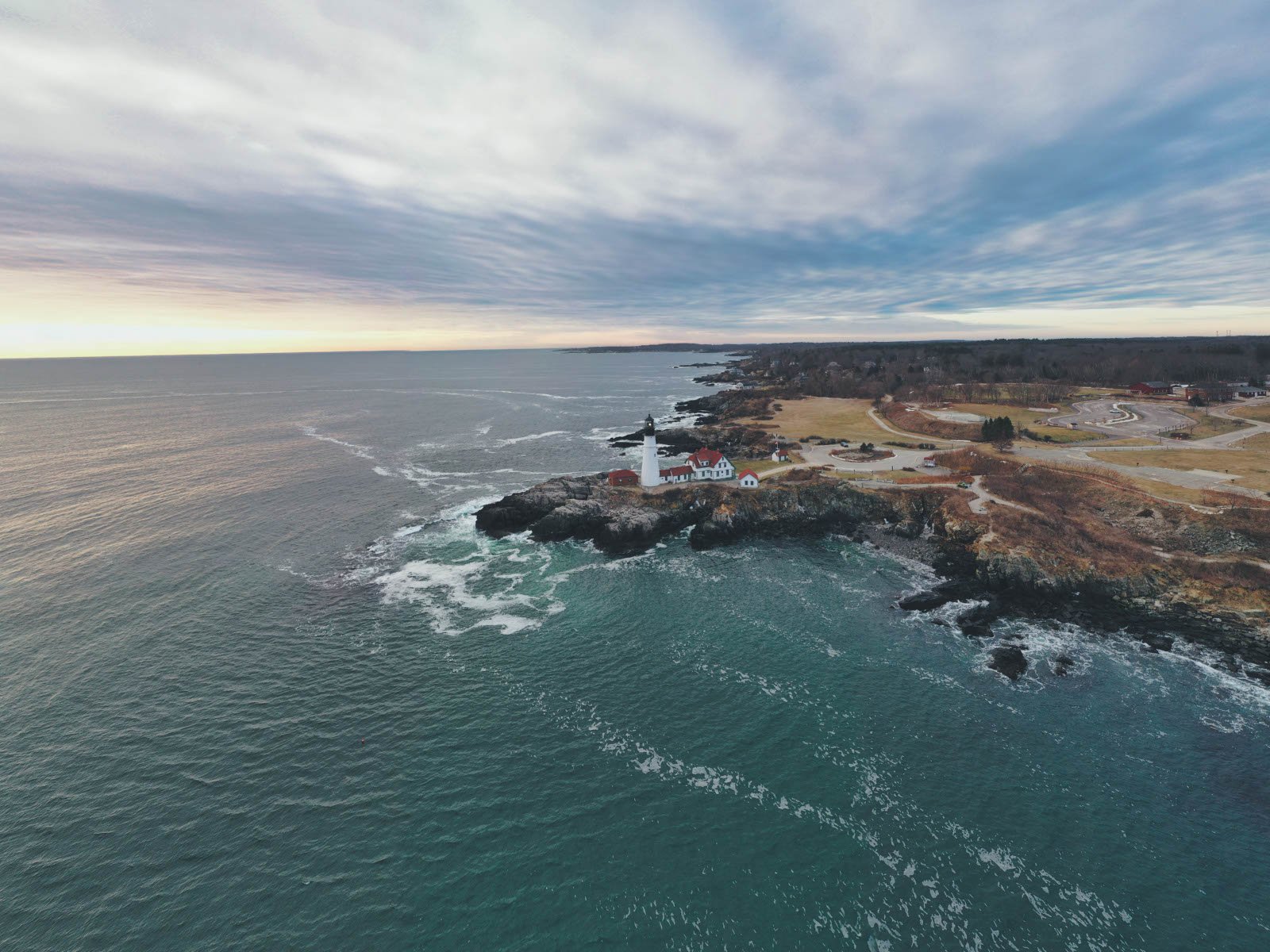 I decided towards the end of this flight to get some stills of the other lighthouse in the distance. By the time I arrived, I was prompted with the first warning that I needed to turn around right away if I was to land the drone where I took off. I fired off the pictures I wanted and immediately headed back. At this point, I was really sweating and trying really hard not to panic because the drone began to lose altitude, did it not realize it would be landing in the ocean water? I had to keep the stick on the controller up to avoid the drone losing any more altitude! I made the decision at this moment to let go of the idea of capturing this situation with my smartphone or action cam.

I used a tool online to calculate the distance between the takeoff location and Ram Island Ledge Light Station. The distance is between the two GPS coordinates is:
2.13 KM or
1.32 Miles or
1.15 Nautical miles or
2131.16 meters

This wouldn’t have been a problem with a fresh battery or warmer temperatures.

I managed to land the drone right as the drone display said I had two seconds of flight time left!!! The battery wouldn’t power back on after I landed it! This was the closest I have ever flown with a depleted battery. Holy cow!

If I had tried to do anything else, surely this drone would have taken a dip into the ocean!

I was looking at driving up to either the Green Mountain National Forest or October Mountain State Forest which appeared to be very close by however I check the weather and learn wind is at 30 mph for gust base without much altitude.

Today was very much a travel day. So thankful that I didn’t crash the drone and lose a bunch of work. Lesson learned! Maybe it’s worth investing in a backup hard drive just for drones? Where I can dump my files after each and every flight. Maybe something like this Seagate drive?

Seagate DJI Fly Drive for Drone Footage on Newegg (Ships from Hong Kong) OR Amazon below:

The wind only started to die down right around sunset (golden hour) and there wasn’t really anything of interest for me.

I found a 24/7 public charging station to charge overnight. Total of 8 stalls so no worries of interfering with other EVs. $0.00

Scroll back to top