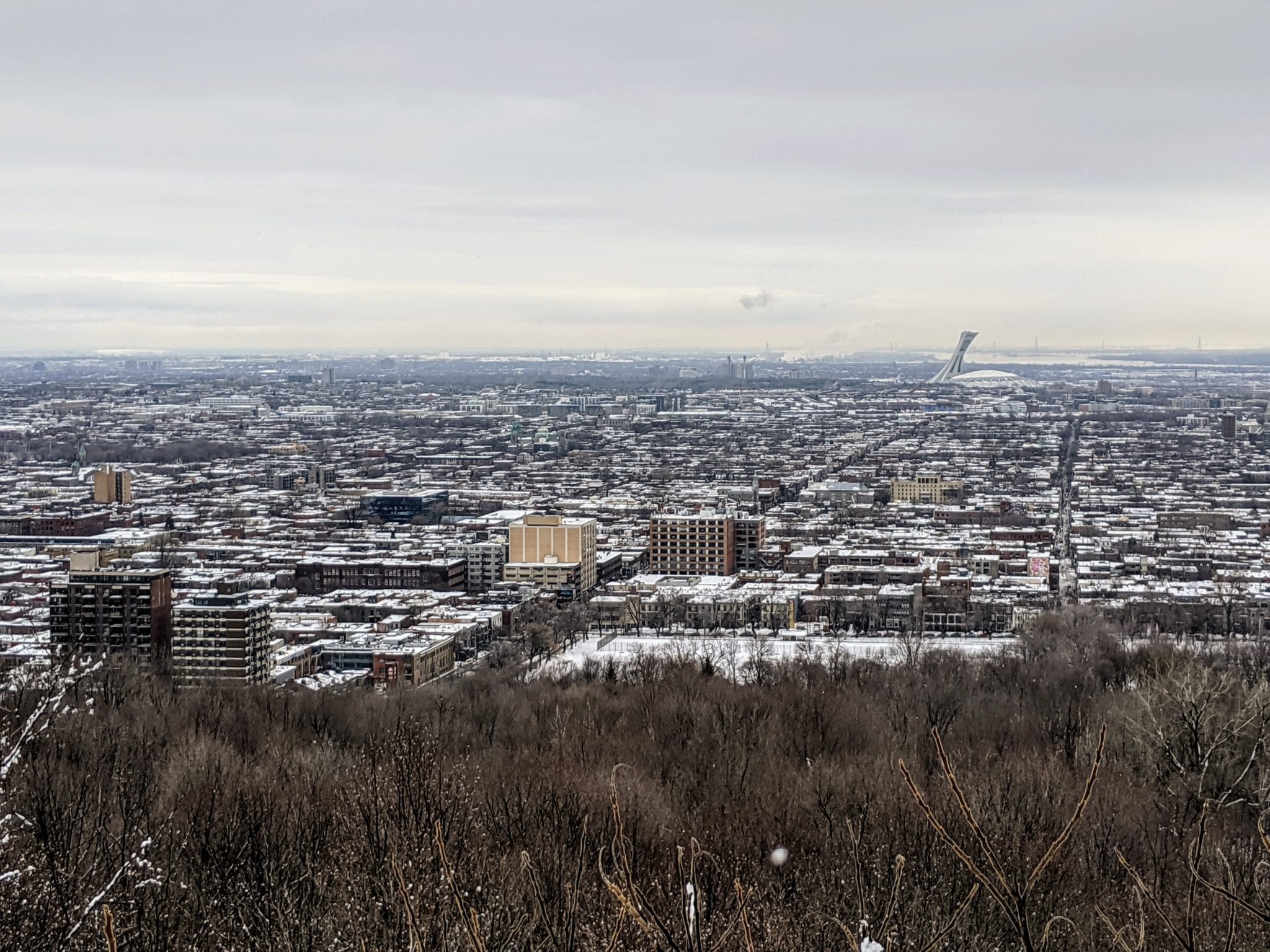 Now we can see the view!

It’s been mostly raining all day. I found an indoor pool in downtown Montreal to take a shower. Free shower FTW!

I went to the local Costco here outside of Montreal. They had their standard affair hot dogs in two different kinds, but I wasn’t sure which was which. I need to bring my girlfriend who speaks and understands some French! it just looked like they had different condiments on them however when I received my hot dog it was just normal looking. They also, of course, had poutine which I didn’t try, but I’ll have to try that next time I visit!

I somehow didn’t get any photos of tonight’s Supercharger however it was the parking lot of the Sheraton Hotel and were the slower 72 kW max speed chargers. Like most chargers that have wireless internet listed, I had to charge first and then park closer to the hotel to pick up any of their WiFi. I wanted to be able to back up some of my video footage.

I found a safe spot to car camp overnight near the Superchargers. $0.00

Scroll back to top