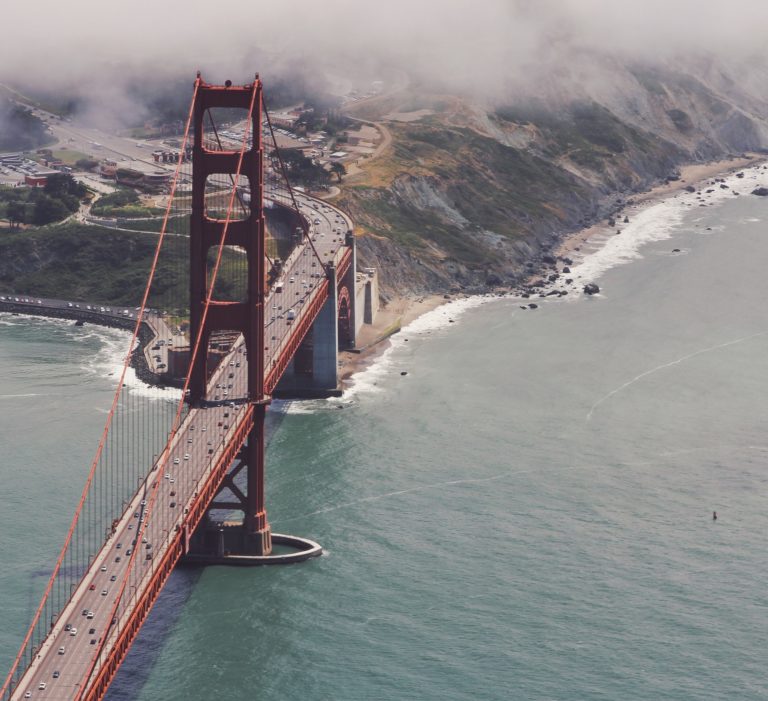 I found out the previous night hotel room must have been updated because this hotel was vastly different and less nice from the first stay. Maybe you can ask for a newer room on check-in? 🙂

I saw in the morning that gas prices were $4.59 per gallon for premium (which would likely be required for an equivalent gas-powered mid-sized SUV) and charging up for free is an even greater deal in this area.

Looking up the route to San Francisco this morning I realized again how few superchargers there are outside of the major cities from Santa Cruz to the bay area. They could really use at least one supercharger between Santa Cruze and Daly City on California 1 for cruising! Anyways, I charged up to 236mi (100%) again in Watsonville so I'd have plenty of battery to enjoy the views and frequent stops!

Año Nuevo had a couple of different guides stationed out by the seal lookout spots. Unfortunately, no sightings but the further out guide said she had heard some seal calls.

This section is usually where you find seals.

This hotel was pretty nice in my opinion, however was like a Courtyard and didn't have much security considering it was near the airport which surprised me. Saturday night and near the airport: $164.97