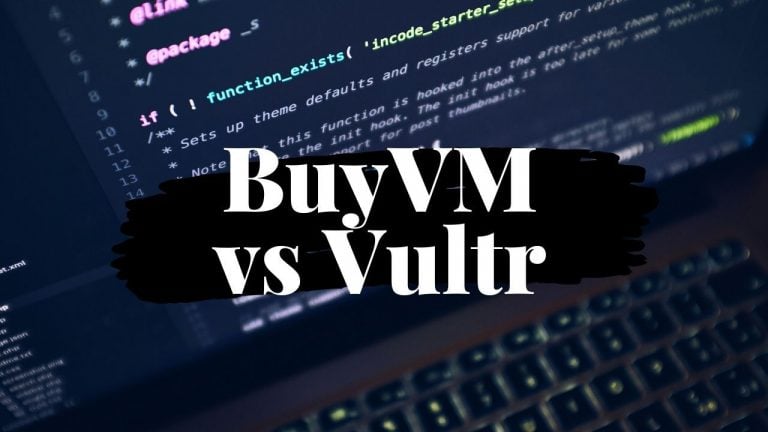 This article was updated on September 3rd, 2020

I will be sharing benchmark data that I was able to capture from their budget conscious plans, as well as comparing their plans.

BuyVM has servers in Las Vegas, New York and Luxembourg.

*BuyVM plans starting at $15/per month and up, include Dedicated CPU Usage. This isn't mentioned on Vultr VPS plans but hopefully the benchmarks in the next section will shed some light on that.

*Vultr does have Dedicated Cloud plans starting at $60/mo which include 2 CPU cores.

Vultr has an IPv6 only VPS ($2.50/mo) however it has limited availability and less usability for most use cases so I left it out of the table.

If you were spending $250+ per month, I feel you might as well get a dedicated server at that point.

One thing I really do apprecreate about Vultr is there large selection of One-Click Apps:

As of this writing, the Vultr Compute 512 was limited to Atalanta and New York, which is too bad because I wanted to keep the tests as close to the same location as possible. The next option is to test with their Compute 1024 or high frequency 1024. Both have 512 MB more memory than the slice I have with BuyVM.

I am using the same exact code for each test:

BuyVM 512 cleaned up here on every run of this test.

I don't find the limited locations of BuyVM a hindrance for my usage due to the fact that I have my website enhanced with Cloudflare so when you're browsing my website it is being hosted all across the world. I always go with their Las Vegas location because they're now utilizing Ryzen hardware which is awesome.

I spin up a Vultr VM instance from time to time still however because they have hourly billing when I just want to test something quick. It's super helpful if you just want to know how well a location or plan works for your needs.

I would lean towards the BuyVM RYZEN being more powerful due to the fact that you get dedicated CPU resources. I hope to test this someday!

At this point it would be complete overkill for my website and/or other applications I run. I prefer to have some services on their own that way if there are ever issues I can pinpoint them easier and they just overall get along much better.