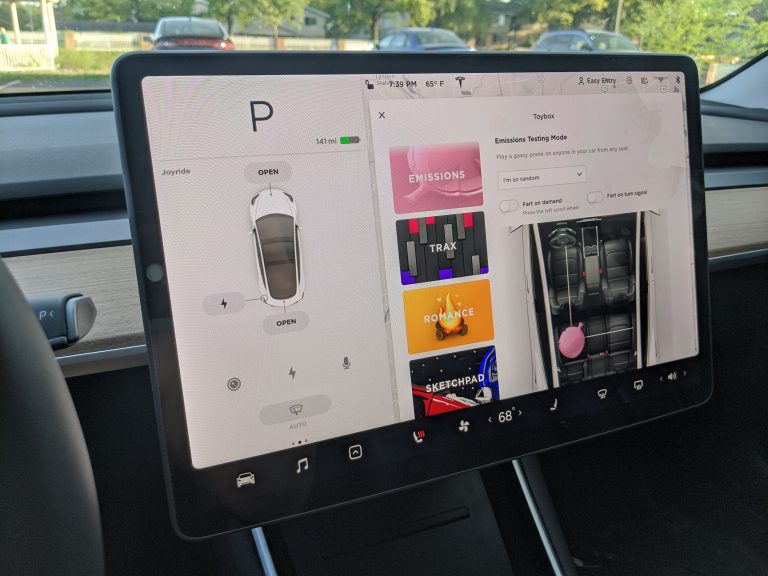 I have two other articles that go over how to install this application on BuyVM OR Vultr.

What's New in This Update

The Tesla Toybox has been redesigned to make it easier to view and play. Simply scroll through the toys and adjust the associated controls. As before, to access the Tesla Toybox, tap the Toybox icon from the Application Launcher.

The charging list has been improved to easily filter nearby charging sites based on max power. Simply tap the charging icon on the map and filter by selecting the associated lighting bolt icons.

So, basically only show Tesla Superchargers in the list.

I found the new filters change the list provided however don't remove places you have spent time charging at prior, as you can see in my screen shot.

Dashcam is now easier to setup or erase. After plugging in a USB drive, tap Controls > Safety & Security > FORMAT USB DEVICE to format and create the associated folders for Dashcam. Note: Formatting the USB drive will also delete any existing clips.

Playing Backgammon against your Tesla has now become more difficult. The most difficult level has now been trained with 20+ million games. Challenge your Tesla to a game by tapping the Application Launcher, then tap Entertainment > Arcade > Backgammon. Note: As usual, the Tesla Arcade is only available when your car is in PARK.