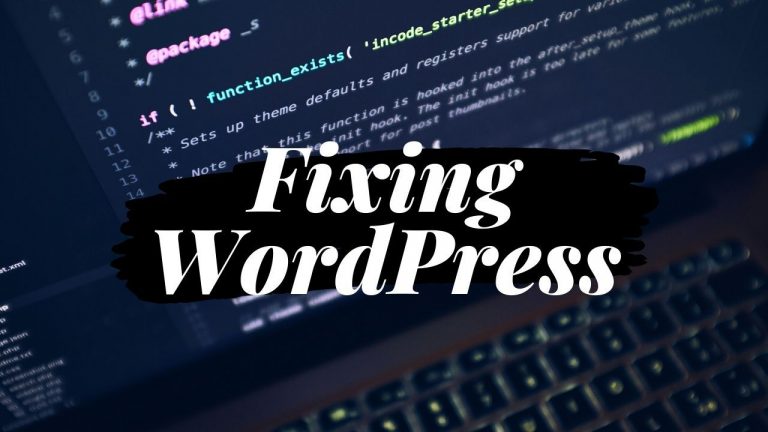 This article was updated on November 10th, 2020

My website has been mostly snappy from the user side of things but the back-end functions (designing, writing, saving) have been very slow. It was taking anywhere from 6 to 12+ seconds per page load. Even for small changes, that (slowly) adds up! Especially, when your edits aren't saving and you start to get in the habit of always periodically saving your edits somewhere else. Just in case!

My website was hosted in Las Vegas but because I use Cloudflare, it is hosted all over the world so that location shouldn't matter as much.

How could this not fix the issue? It didn't even band-aid the issue but continued to load about just as slow as it did with the original virtual server.

Website is loading faster than ever! Also, editing and navigating the admin pages are lighting quick now. .5-2 seconds tops.

So, sometimes upgrading isn't always the best solution if you have an underlying fundamental issue with your installation of WP. At least that is what I found in my situation.

Next, I want to try re-installing the original VPS and restore the working backup from the beefier setup and see if the problem returns.

Fix 404 errors on Posts and pages

Getting 404 errors now that you have everything restored back onto your OpenLiteSpeed webserver? Get this fixed by deleting the .htaccess file and restarting the webservice. It should be good to go!

The last thing I did now was reset my original origin server back to a factory image and performed a restore of my website with WPvivid's Backup Plugin (from the test server data). Now all is well! Something must have been up within a random WordPress core file because the database went unchanged through this process.

Later on After the SSL Cert Settled Down

Big Thanks for These Services, Tools & Articles

WPvivid Backup Plugin | WordPress Plugin | This plug-in has the ability to do ‘site to site transfers' and doesn't require spending any monies. It really makes the process easy!

Query Monitor | This tool helps you find resource heavy plugins throughout your website.

Photo by Luca Bravo on Unsplash